While there are many uncertainties today, you can count on the start of the Minnesota hunting and
fishing seasons. Governor Walz’s stay at home order actually encourages people to get outdoors and
engage in activities that include hunting and fishing.

Whether or not you’re planning to hit the water or the woods in the coming weeks, you can still make
a positive difference for our fish and wildlife today! If your circumstances allow, we encourage you to
buy fishing and hunting licenses and stamps, even if you do not plan to fish or hunt.
Not everyone realizes the management of fish and wildlife by the Minnesota Department of Natural
Resources, Division of Fish and Wildlife, is paid for by hunters and anglers. This is done through the
sale of fishing, hunting and related licenses and stamps, as well as federal excise taxes on fishing and
hunting equipment purchases. This vital work is funded by anglers and hunters. It is not funded by
property or general income taxes.
We in the hunting and angling community have a long history of stepping up during times of adversity
to promote fish and wildlife management and conservation. Some of the best programs operating
today were created in the shadow of the Great Depression of the 1930s.
Many retail locations that sell licenses remain open, and we encourage you to support them. If you’d
prefer not to go out, you can also purchase these from home. Visit the DNR webpage,
www.mndnr.gov or call the DNR at 888-665-4236.
We hope you are able to get outside and enjoy the activities you love. If you do so, please stay close
to home and follow the social distancing guidelines set forth by Governor Walz. Most of all, stay safe.
Thank you.

I’m not a hard-core turkey hunter, and neither are my friends, but we like to take advantage of all that southeast Minnesota has to offer and grab over-the-counter permits for one of the later seasons. This year, due to busy schedules, the only one we could settle on was the final spring season. I took a 4-day weekend off work and we hunted this past Friday, Saturday, and Memorial Day – at least a portion of each day anyway. While it’s not the most sought after season for turkey, my good friend still shot a turkey within the first half hour of hunting, and we didn’t even hit the field until about 10am Friday morning. Hearing that solo gun shot was one of the finer points of the weekend. I figure turkey hunting is a lot like deer hunting, in a sense. When you’re sitting in the woods and you hear a single gun shot, it’s more than likely it was a successful shot. And it was… 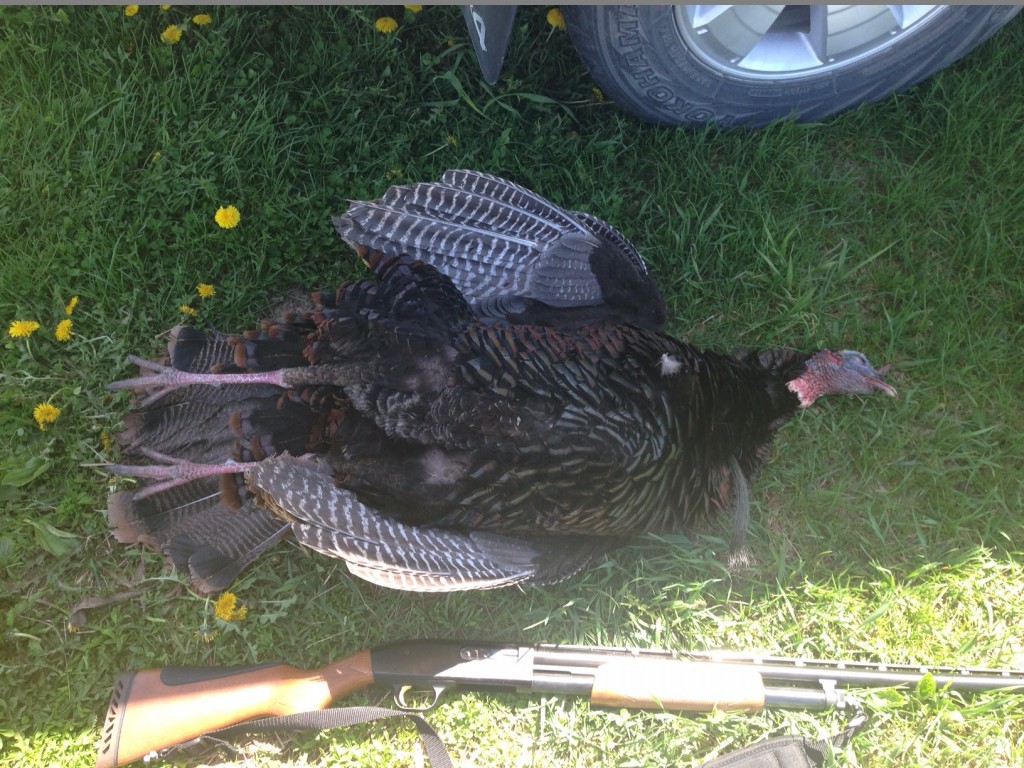 So, that was about 10:30am Friday morning. I got that pic via text along with a message that my buddy was going to field dress the bird, have a beer, and go fishing. Being such a warm, beautiful day, and being that I wasn’t hearing or seeing any signs of bird life where I was perched, I figured I’d join him – for the field dressing, beer, and of course, the fishing.

Our other friend kept after the turkey hunting and we headed down to the stream. It’s pretty sweet having a great trout stream running through the same place we hunt. On the way down to the river I found a little snack along the trail. 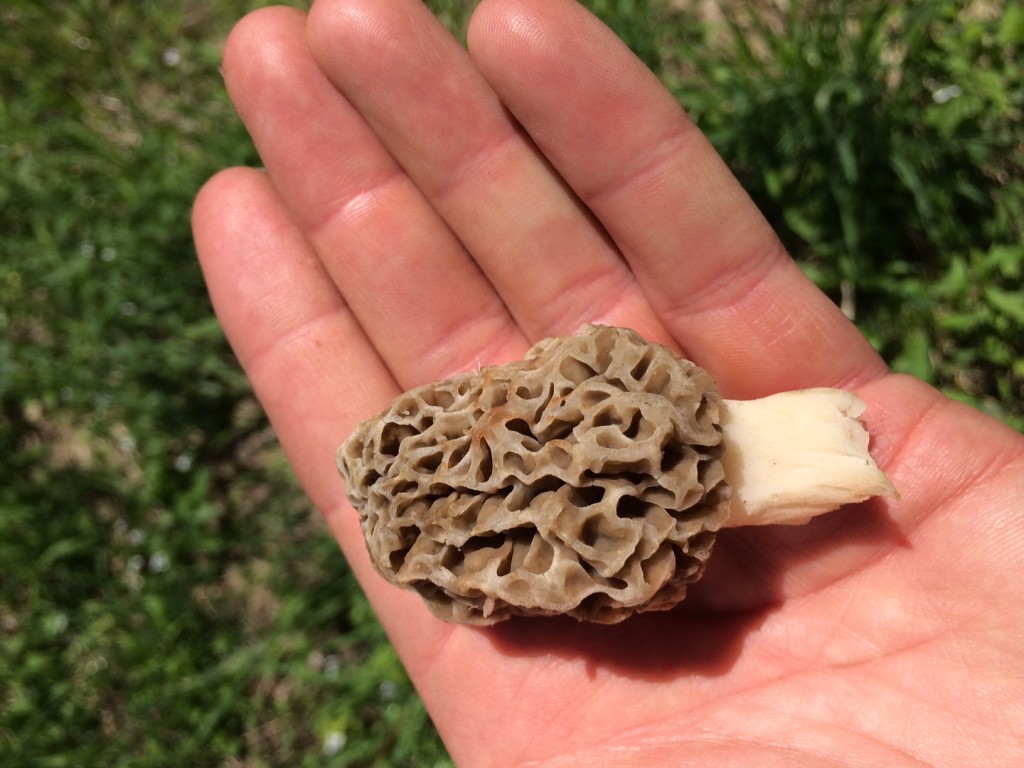 The stream was running clear, a touch low, at least in comparison to what we’d seen in the weeks/months prior, and there were a few fish rising. There weren’t a lot of bugs to be seen, but there were enough caddis, gray and brown, to keep the fish very interested in actively feeding. We traded off after each fish, and there were plenty of fish brought to hand. 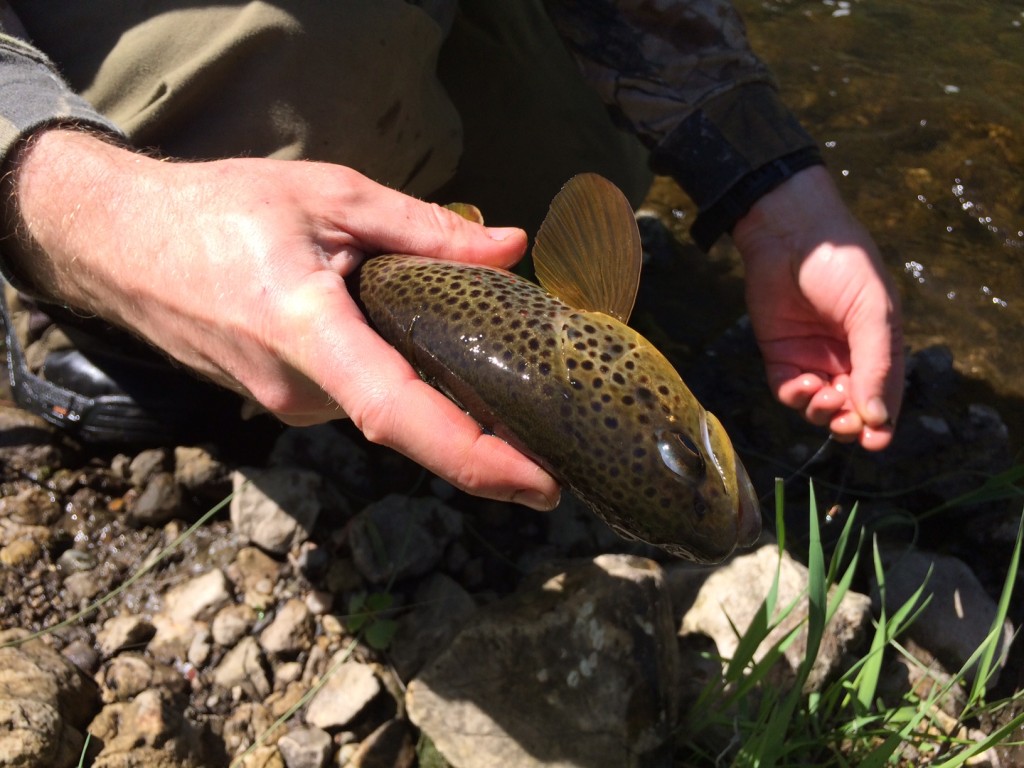 We caught fish on copper johns and any flavor of caddis pupa/larva as a trailer. Fishing faster, shallower water with the nymphs on a lift was very successful. So was taking a break to let the other guy catch a few more fish before jumping in again – you know, to cool down. 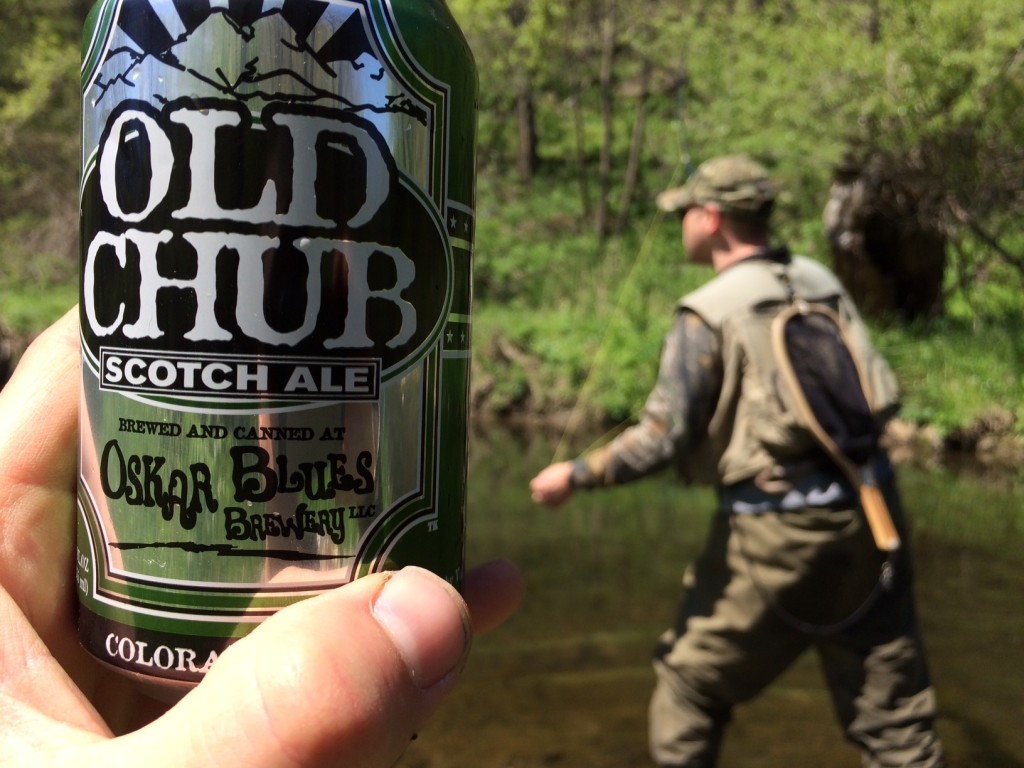 After another hunt Saturday morning (no turkeys seen, but more fish caught), we met up later that evening to grab enough morels out of the back yard to complement a meal of wild turkey. A 5-minute harvest. 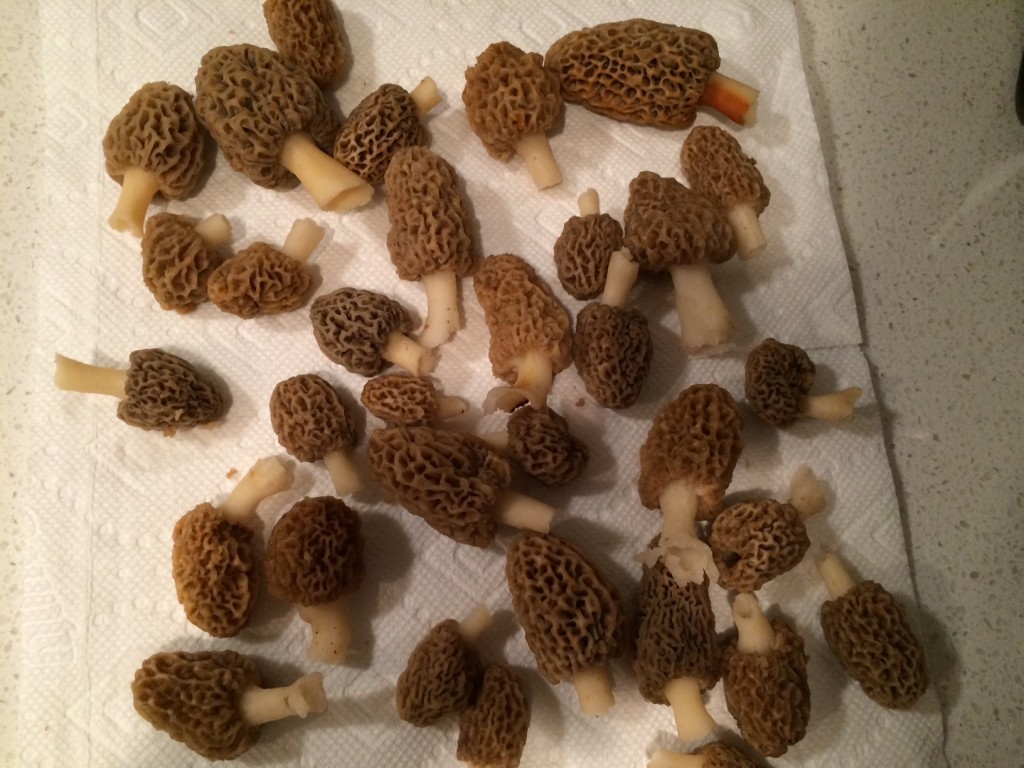 There was some leftover bacon grease in a pan, so why not bread a few? They were eaten up quickly. 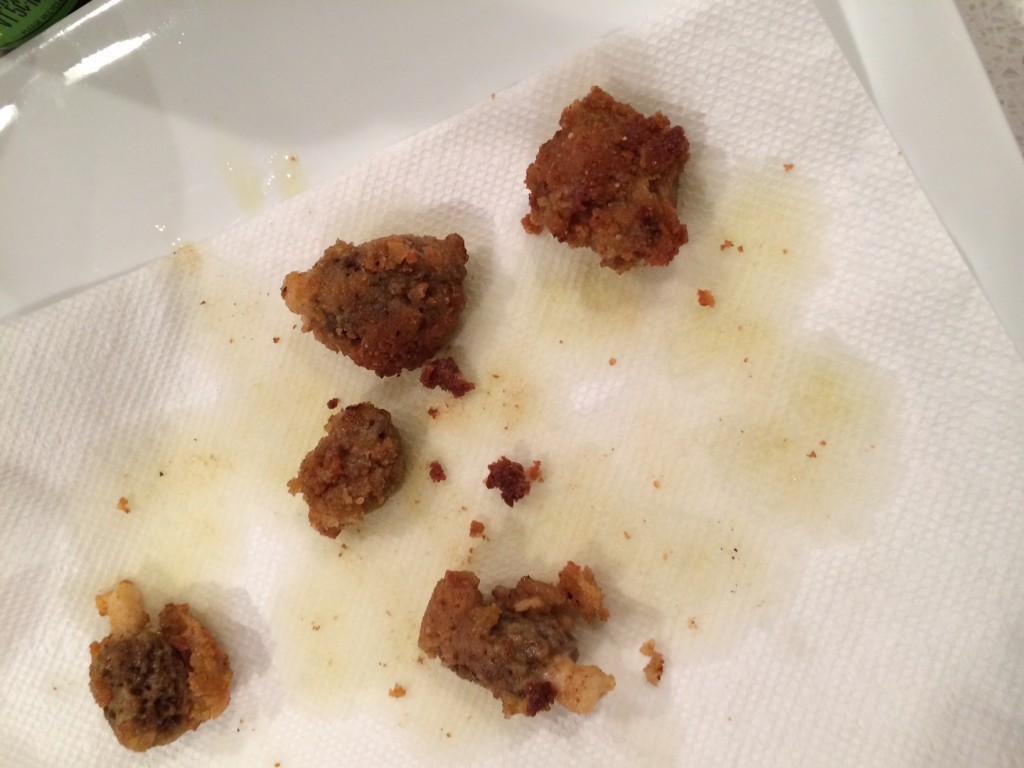 Then we sauteed the rest with some onions and enjoyed that with the turkey. It was amazing… 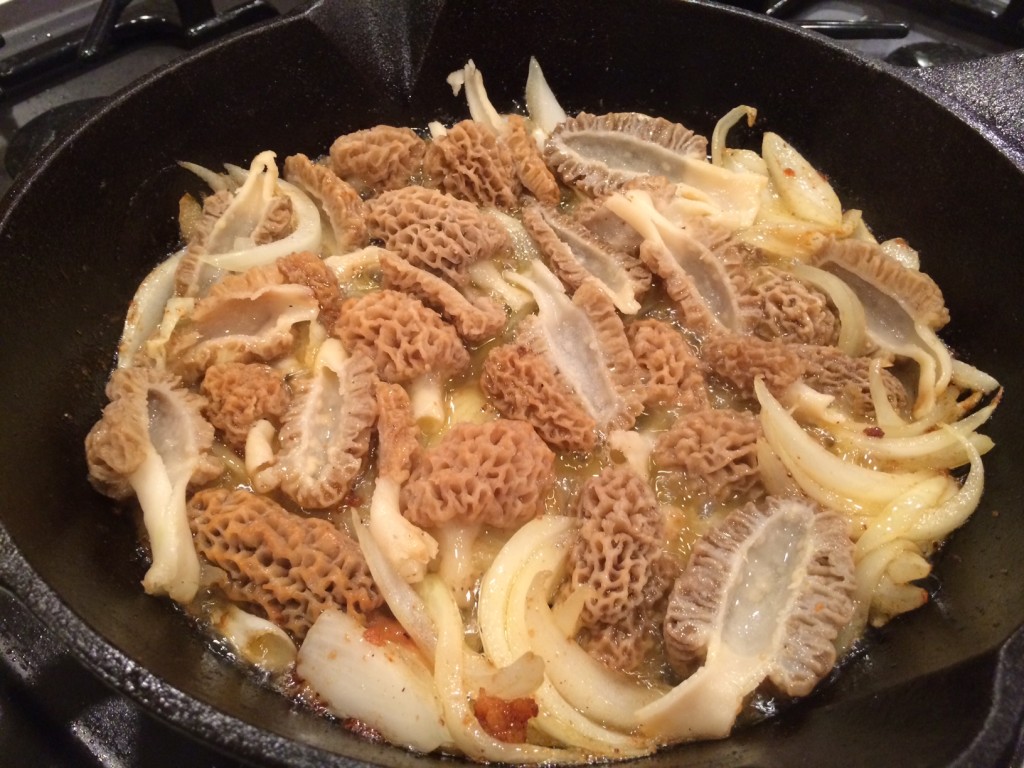 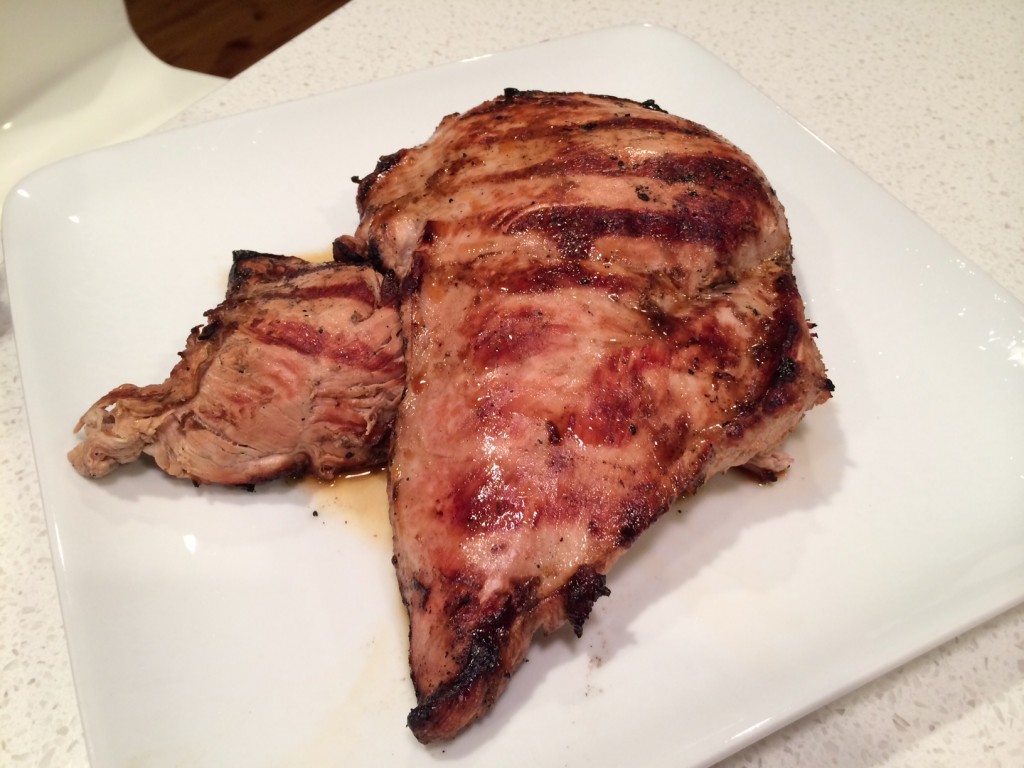 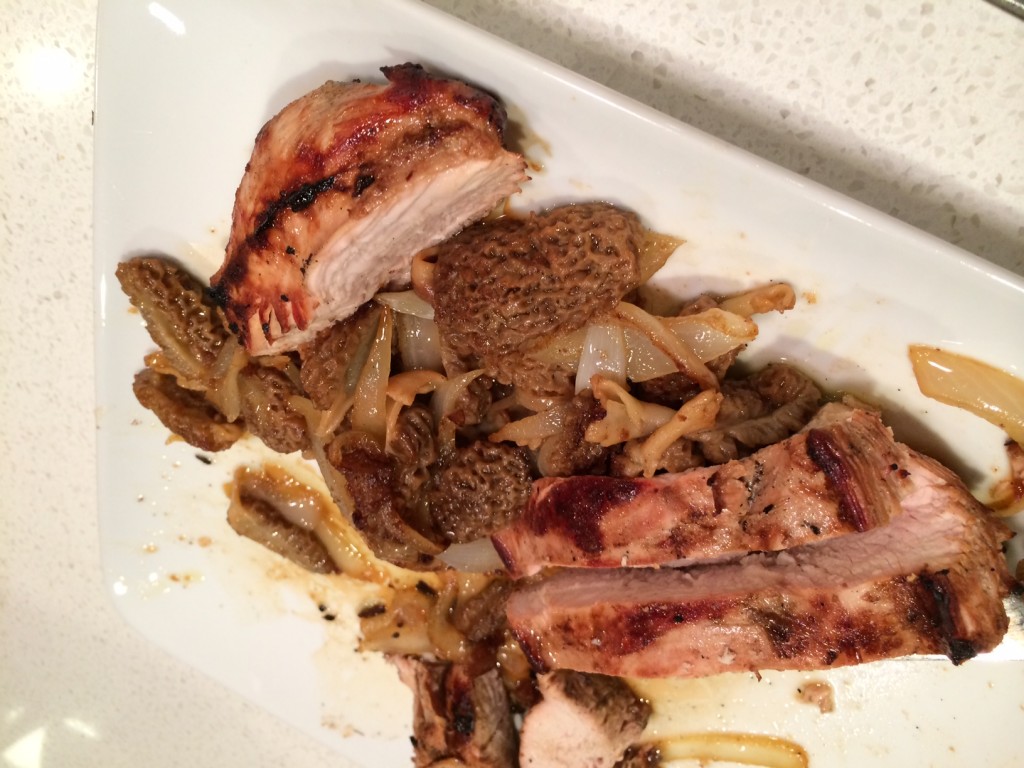 That was just one half of the turkey breast, and 3 of us couldn’t finish the whole thing. The meal was one of the best I’d had in a long while.

We hunted again on Memorial Day after a Sunday break and even though we didn’t reap any more bounty from the hunt, the fishing was, once again, remarkable.

I can’t say it enough – southeast Minnesota is hard to beat if you enjoy the outdoors.