With 50% of January so far having sub-zero temperatures, it was great to break in the 2014 winter trout season on a relatively mild day. Temperatures topped out around 36 degrees this Sunday afternoon, the wind wasn’t terrible, but, as usual, the gusts seemed to time well with your backcast. By 12:30pm there were midges on the snow and there were a few risers in pockets. Still, the fish were fairly tight-lipped. 5 fish were brought to hand, including one very nice trout at 16″. 4 of the 5 were caught on a tan midge larva, the other on an orange scud. Water was clear, sky was partly cloudy, and the beer was cold. 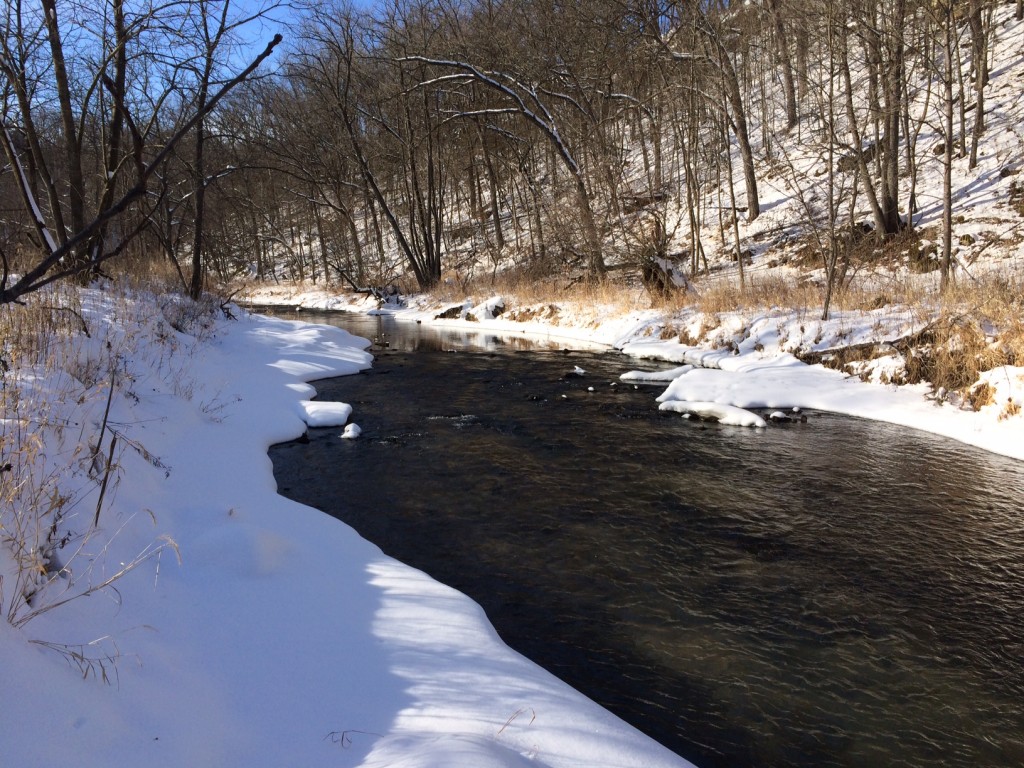 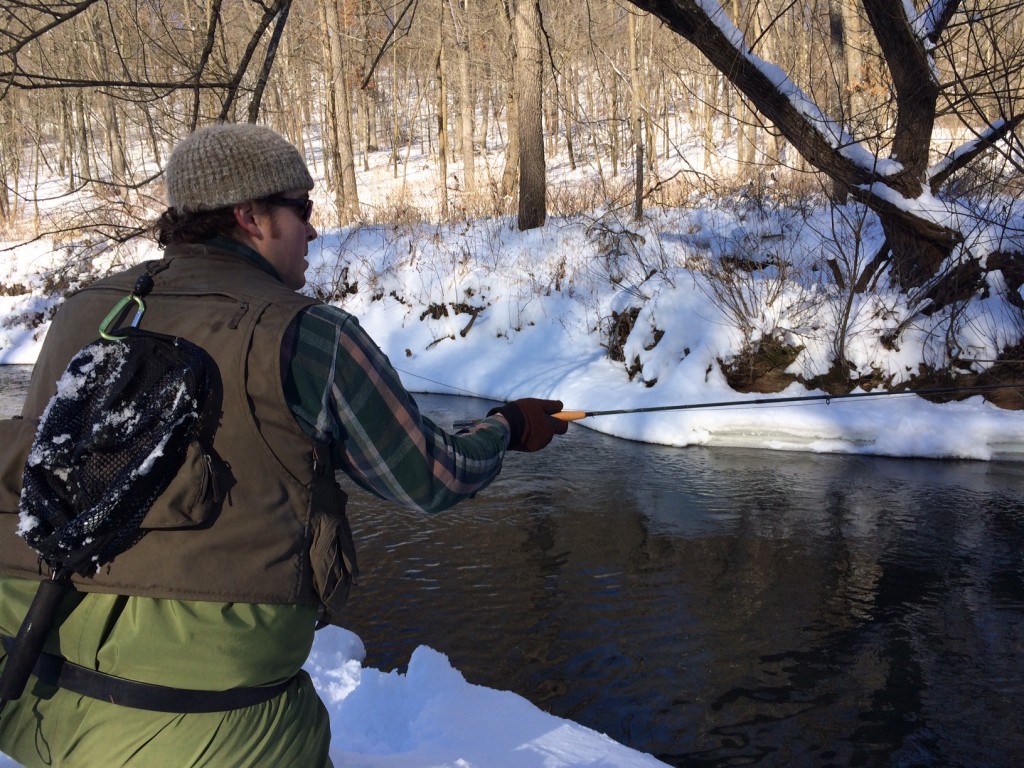 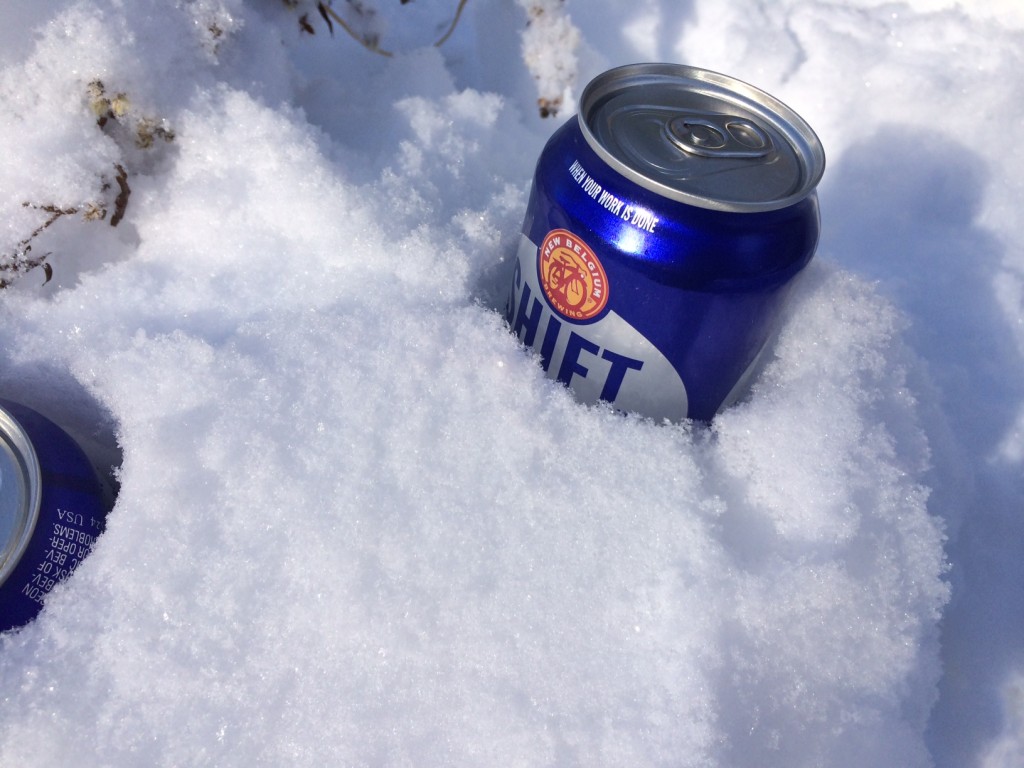 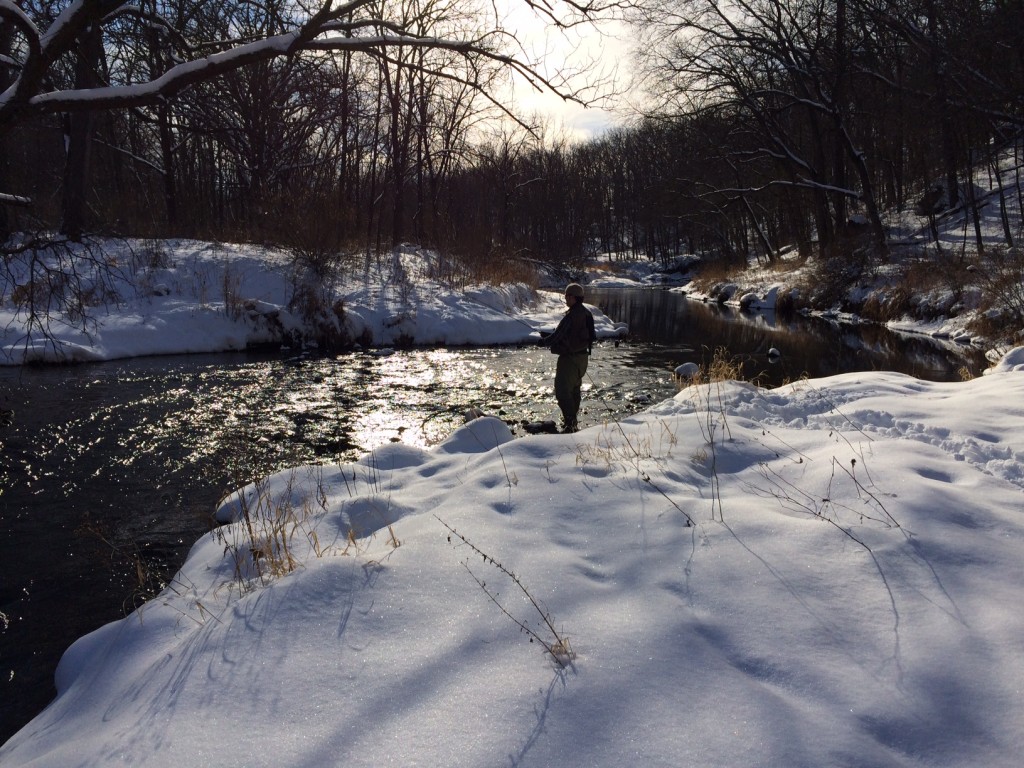 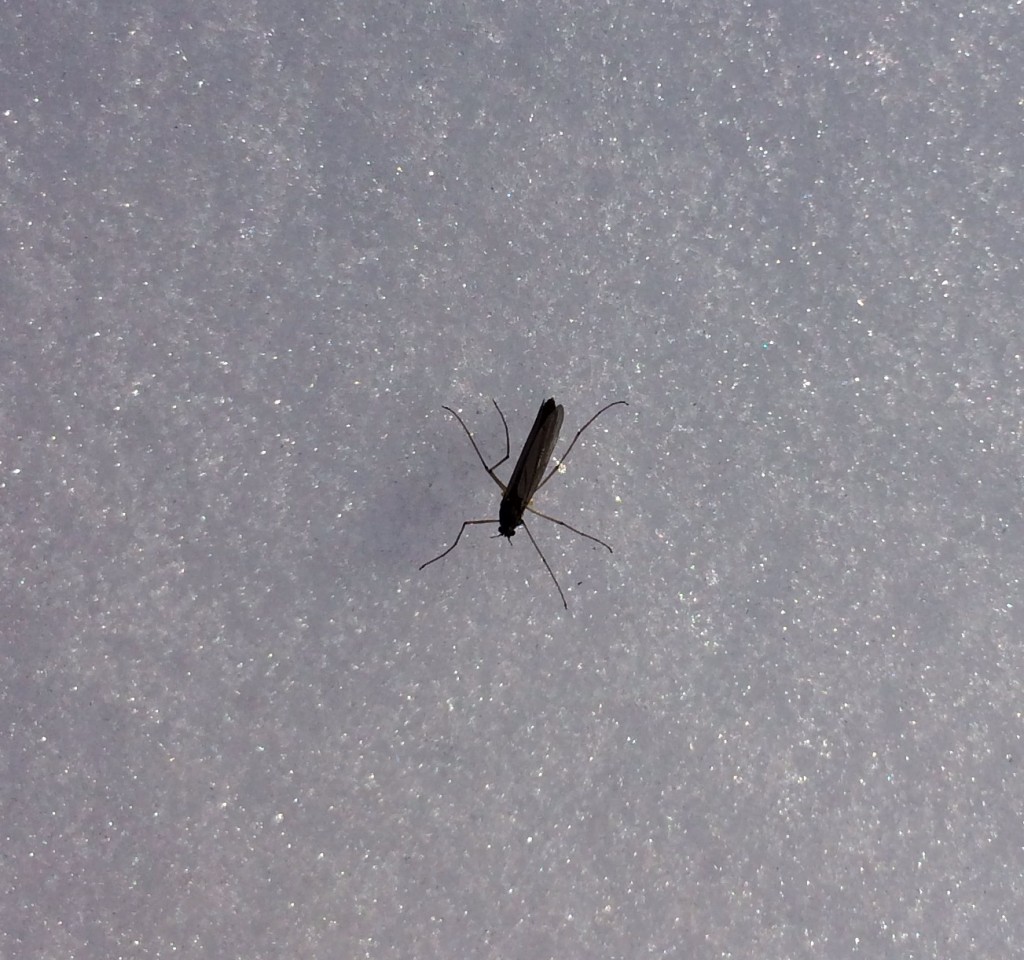 It was a fun day, and great to shake off the cobwebs of winter with a good friend on familiar water. And I’ll confess, one of the highlights of the day (aside from catching a good-sized fish) was sitting on a snow bank and soaking in the warm afternoon sunshine while someone else did the work.